Penalties for two drivers of the Polish team in Talladega

Penalties for two drivers of the Polish team in Talladega

Hardykuba: he had the fast lap tied with Drillz. Now with the race penalty he lose it.

Cichy81: +5 seconds in his final time of the Talladega race.

If we follow the rules the sanction had to be very much strong, not only for this two drivers, also Pawlo and Ziomal. I remember you the rules:


We are here for fun, but if nobody follow the rules there is not fun. So the org. put this very low penaltyes this time but we ask you that please follow the rules like the others teams do. We choose this two drivers because he break more of one time the rules.

Now forget this and good luck for Poland in Macao. 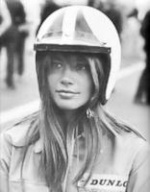